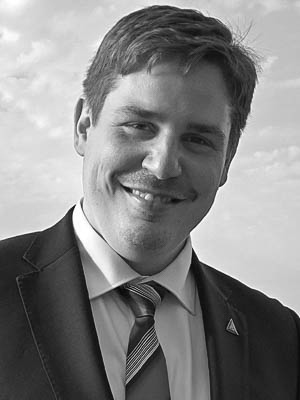 As of today, since my first post about pattern matching in C#, Microsoft has released two new versions of the C# compiler.

For a quick recap about pattern matching in C#, check my previous post.

In regards to pattern matching, C# 10 introduced improvements on the property patterns and C# 11 introduced a whole new class of patterns, called list patterns. Also, C# 11 added the possibility to match patterns against Span<char> and ReadOnlySpan<char> as if they were proper instances of the type string.

In this post, we’ll see what the new improvements are and how they can be used to write denser and, hopefully, more readable code.

For a full list of the new features introduced in the latest versions of the C# compilers, check these articles from the official Microsoft documentation:

In the previous post we’ve seen how a property pattern can help us detailing the shape of an object by its properties.

If we wanted to check whether a person has a parent born in 1957, in C# 9 we would write

In C# 10, property patterns has been extended so that it’s possible to reference nested properties or fields.

The same code can be now written as follows

Obviously, using this new pattern is fully optional and it can be combined with the classic property pattern and all other patterns like in the snippet below.

The advantage here is that the syntax is closer to what C# developers have been using for many years and it can be used to take away some visual noise from the many nested curly braces.

If C# 10 introduced a minor improvement to an established pattern, C# 11 introduces a major feature that aims at facilitating working with sequences of items.

This set of patterns is generally referred to as list patterns and they can be used to match a list or an array against a sequence of patterns.

We can apply a list pattern to any type that is countable and indexable (i.e. it has an indexer that accepts an Index as argument).

Before we start, let’s introduce our test types.

And let’s define a test sequence that we can use in our samples.

Since the test types have no common ancestor other than object, I used a object[] for my collection sample. Alternatively, I could have used List<object> or the old ArrayList.

From the snippet above, you can see that the pattern can be decomposed in a series of sub-patterns wrapped between two brackets.

You can also see that we use the .. syntax to represent the rest of the sequence. This is also referred to as slice pattern and can be used to match any sequence that is countable and sliceable (i.e. it has an indexer that accepts a Range as argument)

For brevity, from now on, I will only be writing the condition using the pattern match rather than the full if statement.

The slicing pattern can be used anywhere in the sequence of sub patterns.

In the snippet above, I’m using the .. syntax to slide through the whole sequence and check if the last two items matche the given type pattern.

Since we can use any pattern, we can leverage the discard pattern and the var pattern to discard or pick a specific item of the sequence.

In the snippet below, I’ll be checking if the second last item is a Circle and save the value of its radius in a variable.

It’s interesting to see what the compiler generates for the snippet above. To do so, I used SharpLap and reinterpreted the output in something a bit more digestable.

You can see the full snippet here

Unfortunatly, I wasn’t able to use pattern matching to find a sequence at a random spot within a sequence. Ideally, I’d write a template as in the snippet below, but the compiler supports only a single slice pattern at once.

I asked on Twitter and Reddit if people had a solution and u/afseraph suggested an interesting workaround.

The snippet above uses recursion and a switch expression to scan through the sequence until the sequence we search is found. For those not used to the syntax, shapes[1..] returns the items of the shapes array from the second item onward. Props to u/afseraph for the creative solution.

Finally, you can read the official documentation about list patterns. The most daring can give a peek at the original proposal for the compiler feature.

This is quite a smaller modification that will benefit mostly library authors that use Span<char> and ReadOnlySpan<char> to write high-performing and low-allocating code.

Developers don’t generally explictly use Span<T> and ReadOnlySpan<T> but these two classes are behind most of the performance improvements of the latest versions.

In this post we’ve looked at the latest additions to pattern matching introduced in C# 10 and C# 11.

Setup a Terraform backend on S3 with AWS CloudFormation and CDK

Terraform can use AWS S3 to store the state of each stack. We can use AWS CloudFormation and its CDK to setup the needed resources without giving up on IaC.

Lambda functions can be used to quickly respond to events happening in your ecosystem. Being quick isn’t an execuse to give up on best practices.

Lambda functions are an incredible tool but it can be tiresome to align its programming model to that of other .NET tools. That can be fixed!

Integrating a powerful local emulator of AWS services like LocalStack with Microsoft Tye gives .NET developers a powerful development tool that increases the...